Big B in awe of young talent around him

InstaMag
Megastar #AmitabhBachchan, who has been entertaining his fans with his films for over four decades now, is impressed with the talent of the youngsters in showbiz. 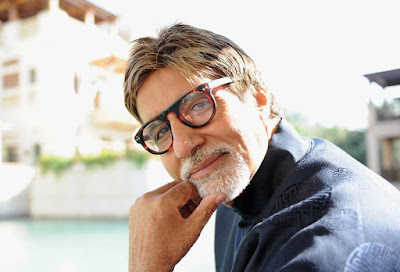 The 73-year-old took to his official blog to express his gratitude, saying that he hoped for a successful path of all the young creative minds.

He posted: “A special day ... a day when performance takes on a new thread, a thread that has been a constant throughout this schedule ... how these young involve themselves is so so incredible ... my gratitude with them and my prayers for their continued success”.
The cine icon, who is busy wrapping up his upcoming movie "Pink", also posted a bevy of photographs from the set. He will be seen playing the lead role of a lawyer in the film, which is produced by Shoojit Sircar and being directed by Bengali filmmaker Aniruddha Roy Chowdhury.

He added: “It has been quite an exciting experience to witness some of the genius around ... astounding to put it mildly ... give them a problem and they have not just found an error but have kind of eliminated the problem entirely.”

To stay updated, please connect with us on Facebook and Twitter.
Visit our yet another website on Food recipe and health tips (largest collection of Indian and International recipe) - Imperial Inn!
Celebrity