Katrina will skip Cannes this year

InstaMag
Bollywood actress #KatrinaKaif, who made her #CannesInternationalFilmFestival red carpet debut last year as the ambassador of cosmetic brand L'Oréal Paris, will be skipping the prestigious film gala this year due to “prior commitments”. 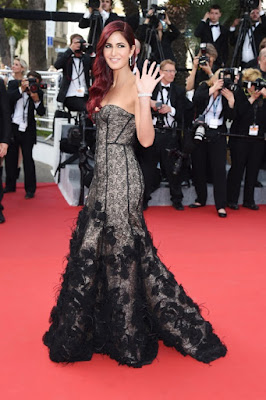 Disappointed at having to give a miss to the film fest that acts as a “fabulous platform” for an artist, Katrina says it has been “an enormously busy year for me so far” that is keeping her on her toes, but she hopes to be part of the film gala next year.

“Cannes is a fabulous platform for any artist to attend, and I really enjoyed the experience last year. While the brand invited me to attend Cannes again this year, I have had to regretfully decline the opportunity due to prior commitments,” Katrina said in a statement.

The actress is busy with Anurag Basu's upcoming comedy-drama “Jagga Jasoos”, also starring Ranbir Kapoor. She also has “Baar Baar Dekho” lined up.
The actress added: “This has been an enormously busy year for me so far, and I am working on some amazing projects which are really keeping me on my toes. Nevertheless, although I will be giving Cannes a miss this year, I wish the lovely L’Oréal Paris ambassadors who will proudly represent India the very best and hope to attend next year.”

Katrina was praised by one and all for her sartorial choices and confident stride on the red carpet last year.

Raagjeet Garg, general manager, L’Oréal Paris India said they respect her “dedication to her work and are going to miss her magic at Cannes 2016”.

“Katrina had a glorious debut at Cannes last year and was one of the most spoken about L’Oréal Paris ambassadors at the platform. Unfortunately she’s unable to attend the event this year due to some prior commitments. We absolutely respect her dedication to her work and are going to miss her magic at Cannes 2016,” Garg said.

The Cannes International Film Festival is scheduled to be held from May 11-May 21, 2016.

Indian stars Aishwarya Rai Bachchan and Sonam Kapoor will be representing the brand at the event this year. Both the actresses have always managed to dazzle their fans at the French Riviera and this year they will sport looks created using the L’Oréal Paris Infallible Cannes Collection.