InstaMag
Amid the legal battle with actress Kangana Ranaut, actor Hrithik Roshan has posted a cryptic tweet about troubled times. 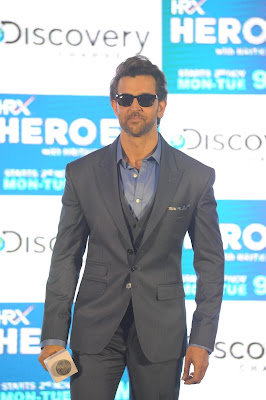 Through the tweet, the actor shared that when the world starts doubting you, it is not only the time to prove them wrong, but also a test of your own beliefs.

He posted: “When people call you names, the universe is not testing whether you can prove them wrong. It's testing your own belief in your own name. #knowUrName.”

Issues between the two began when Kangana hinted at Hrithik being her "ex-boyfriend" when she said in an interview that she fails to understand "why exes do silly things to get your attention".

The controversy between the two actors, who were rumoured to have been dating in the past, took another ugly turn after they slapped legal notices on each other. And since then the lawyers of both the sides have been releasing statements on the matter.
The actor also took a break from his professional commitment and legal issues to celebrate 45th wedding anniversary of his parents, Rakesh and Pinky Roshan.

The “Krrish” star also shared an image of family celebrations along with a post that read: “When love is a commitment, the commitment can create more love. 45years! #laughterBestwithFamily thank you all for your wishes.”


Visit our yet another website on Food recipe and health tips (largest collection of Indian and International recipe) - Imperial Inn!
Celebrity