When Isha Talwar learnt riding a bike in 20 minutes 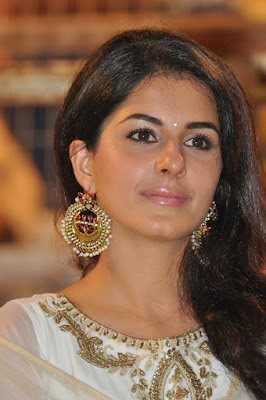 "It was a lot easier than I thought. Although I was really tense, it took me just 20 minutes to ride the bike on my own," Isha told.

Initially, the makers gave Isha a Ducati bike to ride.

"When I looked at the bike, I knew it'd be too heavy for me to ride. I requested the bike to be changed and that's when it was replaced by a Yamaha RX 100. I even have a scene where I have to ride with Rohit on the bike," she said.

In the film, which releases in cinemas on Friday, Isha plays a character with an agenda.

"I play a catholic called Chaitra. Unlike the regular heroines, she has a strong purpose. It's the kind of role that will leave audiences with something to debate about," she said, adding she also got to perform some action scenes.

A trained dancer, Isha got to showcase her dancing prowess in the film.

"For the first time in my career, I've got to dance to a lovely, peppy number. A lavish set was specially built for the song. I had so much fun to finally dance in my own film," she said.

Isha's last Telugu outing was the 2013 blockbuster "Gunde Jaari Gallanthayyinde". Since then, she's been quite busy with a slew of projects in Malayalam filmdom.

"Post "Gunde Jaaria", the kind of work I got was not as good as what I was getting from Malayalam industry. Since I played the second lead in my last Telugu film, everything that I got after that was in the same zone," she said.

Isha currently has two more Malayalam projects in her kitty.