InstaMag
Comedian-actor Kapil Sharma believes that there should be more comedy shows in India. 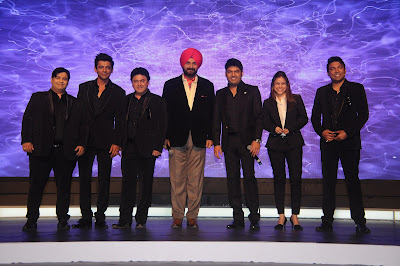 With his new comedy show “The Kapil Sharma Show”, which went on air on Saturday, Kapil shared that a lot of reality TV shows on television these days are depicting the problems that bug our society, and that is why comedy shows should multiply.

“I feel there should be more comedy shows. There are so many shows out there... although they show what is going on in our society, but it spreads a lot of negativity too. That is how I roll, I feel there should be more comedy. If we sleep with a good mood, we get a better sleep. This is what we all want,” Kapil told IANS in a group interview here.
The “Kis Kisko Pyaar Karoon” actor has now joined Sony Entertainment Television for his new show which also features Sunil Grover, Ali Asgar, Kiku Sharda, Sumona Chakravarti and Chandan Prabhakar.