Actress Maggie Lawson says Golden Globe-winning star Jane Lynch, also her co-star in Â“Angel From HellÂ”, is a thorough professional with a warm and open approach towards life. 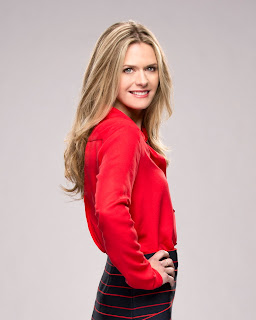 Lawson portrays the role of Allison, a young and dynamic dermatologist who has a unique relationship with Amy (played by Lynch) who calls herself a guardian angel.

Â“It kind of couldn't be any better. I mean Jane (Lynch) is just a professional but so talented and so warm and so open. WeÂ’ve had such a good time sort of finding the scenes and finding the characters together,Â” Lawson said in a statement.

She added: Â“And Don (Scardino) who directed and Tad (Quill) who wrote it, they've also been really great in sort of giving us that freedom to find it with each other and not be so, you know, connected to lines and movements.

"It's about what's happening kind of naturally. And then Kyle (Bornheimer) and Kevin (Pollak) on top of that, I mean it's just - itÂ’s always fun when they are around. So yeah, I feel really lucky. It feels like a special thing.Â”

The funny, fantasy sitcom, which premiered on Indian television on Star World and Star World HD on Sunday, revolves around the life of Allison, and how things get weird when she meets Amy. The show looks at relationships in a different view.

Lawson also feel that the sitcom is Â“sort of has this - itÂ’s sort of buddy, itÂ’s also kind of romantic comedy, like itÂ’s very strange because the dynamic between my character and Jane (LynchÂ’s character), the angel, is based on sort of chemistry and vibes and itÂ’s very interesting. And then, on top of that, it has this sort of fast pace almost screwball, like thirties element to it thatÂ’s really, really fun and kind of new and I like that.Â”