Manoj Bajpayee one of the finest actors: Shah Rukh

Manoj Bajpayee one of the finest actors: Shah Rukh


Superstar Shah Rukh Khan says that actor Manoj Bajpayee is his childhood friend when they had lot of fun together and he considers him to be one of the finest actors. 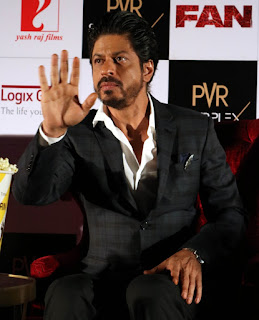 "We have been working together since childhood in theatre and I have got to learn a lot from Manoj. We have done lot of 'masti'. I feel the proudest and I'm not being patronising... he is one of the finest actors and I wish him all the best.

"He's more of a friend and we've always been like that," said Shah Rukh, when he visited Manoj, who had come to promote his upcoming film "Traffic".

"Your last film 'Aligarh' was superb, I couldn't call because I was busy. And this film (Traffic) is even better," he told Manoj.

He jokingly asked Manoj who was younger of them, and despite Shah Rukh being three years elder, Manoj said: "You are younger", adding Shah Rukh "always keeps cracking jokes... all of us want to be young".

Both Shah Rukh and Manoj were part of Barry John's theatre group in Delhi several years ago. The two had then worked together in "Veer Zaara" directed by Yash Chopra.

"Shah Rukh is a very old friend of mine, a childhood friend, and when he comes to meet me, that is also during the promotions of 'Traffic'.

"I feel that our director Rajesh Pillai, who passed away recently... it's his blessing that such good things are happening. I Thank Shah Rukh for coming during the promotion of 'Traffic'," said Manoj.