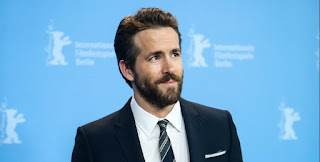 The 39-year-old's biography on the social media site reveals he is "uncle Dale's nephew" and his 1.77 million fans are often treated to reading hilarious insults the pair throw at one another, reports femalefirst.co.uk.

One such post even saw Reynolds slam his "fictitious" uncle's weight, when he wrote: "I don't walk. I take brave steps, My Uncle Dale. Seconds before getting on an escalator with a large Slurpee (sic)".

But the “Deadpool” revealed that the account is just “a character I invented to say awful things to Ryan Reynolds on social media”.

"Err, well, I don't really have an Uncle Dale. He's just a character I invented to say awful things to Ryan Reynolds on social media. So usually he's trolling me in some hideous way and I just think that's kind of funny. I guess I wanted to see what it would feel like to be both the trolled and the troll-ee,” Reynolds said.