Salman Khan thanks UP CM

Superstar Salman Khan has thanked Uttar Pradesh Chief Minister Akhilesh Yadav and the state's people for making the shooting schedule of his upcoming film “Sultan” in the state "so much fun". 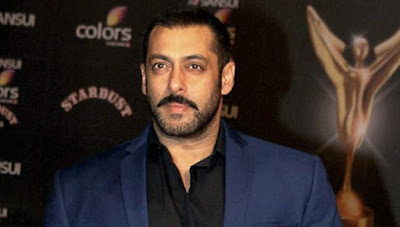 The “Dabangg” star filmed some of the crucial scenes for the film, which is being helmed by Ali Abbas Zafar, in and around the Morna area in Muzaffarnagar from April 20. And the superstar took to Twitter on Saturday to share his views.

He posted: “Filmed 'Sultan' in Muzaffarnagar...could not have happened without the support of the CM, people, film development corporation, police and admin. Too much fun.”

Salman will be getting in the ring as a wrestler on the silver screen with the film.

“Sultan” is said to be based on life of Sultan Ali Khan -- a wrestler who is faced with problems in his professional and personal lives. To get hold of the character in the best possible way, Salman gained weight and underwent rigorous training.

The film also stars Anushka Sharma as a wrestler. Produced by Aditya Chopra under the Yash Raj Films banner, “Sultan” is slated to release on Eid in 2016.

Meanwhile, amid the growing clamour on whether Salman should be the goodwill ambassador for India in the Rio Olympics, the actor has remained silent on the controversy.


Visit our yet another website on Food recipe and health tips (largest collection of Indian and International recipe) - Imperial Inn!
Posted by InstaMag at 15:19