InstaMag
After many questions were raised on #SalmanKhan's appointment as India's goodwill ambassador at Rio Olympics, veteran filmmaker #SubhashGhai came to the superstar's defence and said that instead of picking at the appointment one should appreciate the move which can inspire the youth of the country.

The director took to Facebook on Sunday to express his views. 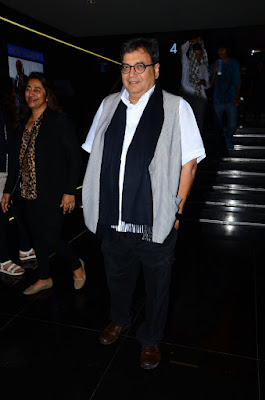 He shared: “Medal or more medals? Salman Khan can definitely inspire youth next to participate in Olympics and win many more medals in every sport ... youth looks up to him.”

Ghai, whose repertoire is studded with films like "Karz", "Ram Lakhan", "Khalnayak" and "Pardes", added: “What a gesture of our superstar Salman Khan for being ambassador Olympics without charging any fee or gain but to inspire youth of India to participate more and win more medals. Let's appreciate that”.

The “Kick” star was on Saturday unveiled as the goodwill ambassador of the Indian contingent for the Rio Olympics to be held later this year.

The move was questioned by several members of the Indian sports fraternity with 2012 London Olympics wrestling bronze medallist Yogeshwar Dutt making his displeasure public with a series of tweets barely an hour after the decision was announced.
Former athlete Milkha Singh has also lashed out at the decision of the Indian Olympic Association (IOA).

The IOA on Sunday rushed to justify its decision to appoint Salman by stating that “the association is only a gesture and does not include any monetary consideration”.