InstaMag 14:19:00
Tiger Shroff took the virtual route to set the record straight over his allegedly "sexist" remarks. The actor says he is “totally for women empowerment and equality” and has utmost respect for the fair sex. 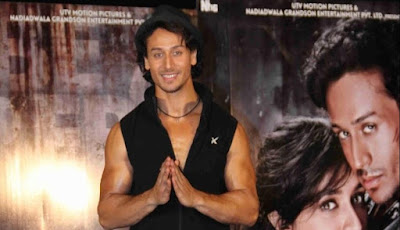 There were reports that Tiger had stated in an interview that he had settled down with a "housewife-type" of a girl.

Tiger took to Twitter on Wednesday to clear the air about the reports.

"I am totally for women empowerment and equality and always talk about how they are as strong or stronger than men. I respect my mother and sister too much to say something like that. I know I'm barely a year old in the industry but for those who know me and who have accepted me you would know. Anyway love always,” Tiger wrote.

On the work front, Tiger will be seen onscreen in "Baaghi", which brings forward a story of two rebels and how they turn out to be emotional anchors for each other.

The film is helmed by Sabbir Khan and produced by Sajid Nadiadwala. Also starring Telugu star Sudheer Babu and Shraddha Kapoor, "Baaghi" will release on Friday.


Visit our yet another website on Food recipe and health tips (largest collection of Indian and International recipe) - Imperial Inn!
Celebrity , Entertainment