Sweets and fish are passe, it's time to relish the Kolkata biryani | InstaMag

Sweets and fish are passe, it's time to relish the Kolkata biryani

InstaMag
What comes to your mind when in Kolkata? Sweets and fish? Well, the City of Joy is also home to many dishes which have gained their own identity time - Kolkata biryani, for instance, has been ruling the hearts, minds and tummies of Bengalis for ages. 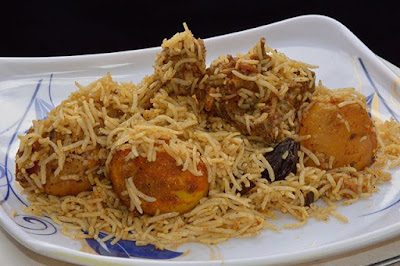 The hypnotising aroma, the finely flavoured rice - less of essence and colour - speaks of perfect combination of masalas that are required to enhance the taste, served pipping hot with sides like mutton korma or chicken changezi. And, not to forget, the quintessential aloo (potato), which now is a trademark in the biryani that brings in a major difference in taste.

The Kolkata biryani incorporated its art of cooking from the Awadhi (Lucknow) style. History has it that the aloo special biryani dates back to the reign of NawabWajid Ali Shah (1822-87). When he was dethroned and exiled by the British to what was then Calcutta in 1856, he took his bawarchis and khansamas along with him. Unable to find meat, the cooks started adding potatoes to the dish, which went on to become the speciality of the Kolkata biryani.
Eateries like Aminia, Arsalan and Royal Indian Hotel have been maintaining the legacy of Kolkata biryani for more than decades now.

"The Bengali Muslims incorporated the pattern of Awadhi style of cooking. And with time came in a local touch to the delicacy," Aminia hotel manager EjazAkhtar told.

Aminia was started by HaziQuayyum Saab in the year 1945 and has been maintaining the same flavour ever since. Till now, the dish is cooked in the age-old clay oven. 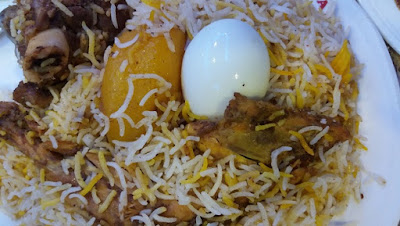 Started a little more than a decade ago by AkhtarParwez, Arsalan gained immense popularity in the city in a short span. Its speciality is aloobukhara (plum) in the biryani, the only eatery to do so.

"When the restaurant was opened, our customers were mainly Muslims. But the love that Bengalis have shown for biryani is commendable," Z.A Khan of Arsalan restaurant told.

"We don't buy manufactured spices. All the raw masalas are ground and mixed by the restaurant staff. Even the meat we use is chopped by the staff. Arsalan biryani, no matter how cold it becomes, will never get sticky or clot on the plate," added Khan.

Royal Indian Hotel, started in 1905 by Ahmed Hussain, is perhaps the oldest one serving biryani in the city.

"Hyderabadi biryani is heavy and too spicy while Delhi biryani uses gravy for the preparation. But Kolkata biryani is exceptionally light. No essence and less spices make its taste very different," Mohd. Irffan of Royal Indian Hotel told.

Royal Indian Hotel, though, doesn't use potato in its biryani. Instead, it garnishes the dish with crumbled meat balls.

So, what makes biryani of Kolkata different from other cities? 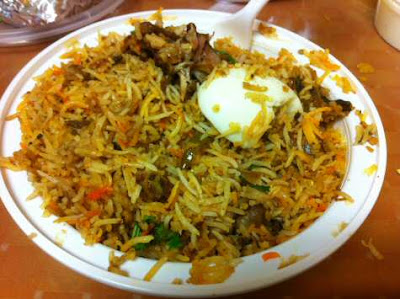 "The dish did not become popular in just a day. It is the love of the people of Kolkata for the dish that still remains the same with time. It is kept simple yet extremely delicious and the potato that has made Kolkata biryani a genre in the food world," Irffan added.

For the residents of Kolkata, there can be no second option to biryani, especially with mutton. The name itself conjures up visions of gluttony, making it hard to resist the temptation to grab one.

"Nothing can compete with biryani. I have tried biryani in many cities, but what is being served here is best. The taste and aroma make all the difference for me. And if it's a plate from Arsalan, Aminia or Royal then there's no delay in gobbling down," said KaustavKarak, a resident of Shyambazar and a foodie.

It's not just the residents but Bollywood celebrities and cricketers too go gaga over Kolkata biryani.

So, when next in the city of joy, don't delay to dig in a spoon on a

While Kolkata biryani is available across the city, possibly the three best outlets for the authentic Awadhi variety are Aminia and Arsalan, which has multiple outlets, and Royal Indian Hotel at RabindraSarani