InstaMag
Waluscha De Sousa, who forayed into Bollywood opposite superstar Shah Rukh Khan through "Fan", is basking in all the appreciation coming her way post the movie's success. She says the positive feedback acts as a motivational boost for her. 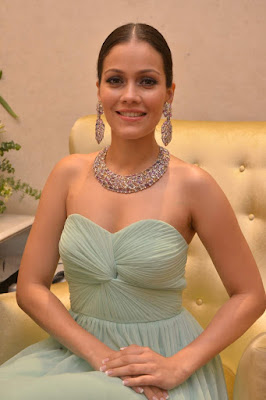 After sashaying on the ramp as a model and then putting her professional life on the back burner for her family, Waluscha decided to take the leap into Hindi filmdom with “Fan”.

Directed by Maneesh Sharma and produced by Yash Raj Films, the movie, which released on April 15, featured Shah Rukh in a double role -- one as a superstar and other his look-alike fan Gaurav. Waluscha plays SRK's real wife Gauri Khan on the silver screen.

“I have been getting a lot of positive feedback ranging from 'You are looking really great onscreen' to 'You acted really well' to 'You held your own in front of Shah Rukh'. So a lot of great compliments coming in and it is very encouraging at this point,” Waluscha told IANS over phone from Mumbai.

The debutante says compliments coming from the director means a lot to her.

The 31-year-old said: “There is so much coming in. Everyday something new comes in. I am just enjoying it. It is very encouraging to have people say great things about you. I think the response from Maneesh was the most important to me".

“Maneesh said, 'The scenes that you have are not the easiest because there are so many mixed emotions. You have done a great job and held your own in front of Shah Rukh. You should be very proud of yourself'. When it comes from the director, it is the ultimate (compliment)," Waluscha added.
More from Instamag: Celebrity | Entertainment | Fashion & Lifestyle | Health & Fitness | Travel Diary | Startup