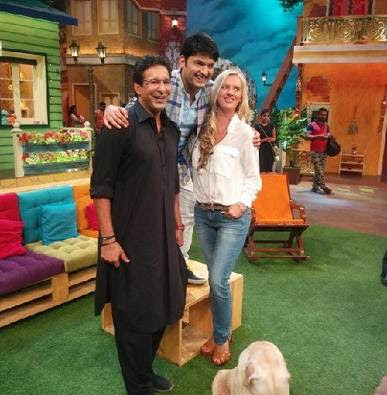 The cricket legend made his first public appearance with his wife Shaniera on the Indian show, which is aired on Sony Entertainment Television.

"When Kapil asked him about his love story, Akram confessed that it was love at first sight for him. He also admitted that he had never actually proposed to anyone in his life, but with Shaniera he knew he had to do it immediately," said a source.

The source added: “Then Wasim went down on his knees with flowers and a ring. He was ecstatic when she accepted his proposal. Shaniera responded by saying she will accept his proposal no matter how many times he proposes."
The episode will be beamed this weekend.
More from Instamag: Celebrity | Entertainment | Fashion & Lifestyle | Health & Fitness | Travel Diary | Startup