Would like to work in 'Parinda' remake: Tiger Shroff

Would like to work in 'Parinda' remake: Tiger Shroff


Actor Tiger Shroff, who is awaiting the release of his film "Baaghi", says he is keen to work in the remake of the 1989 film "Parinda" starring his father Jackie Shroff. 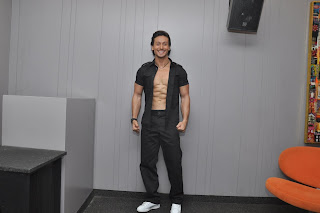 The one-film-old star shared that he likes all films starring Jackie, but "Parinda" is "close to his heart".

"Although I like all his films, 'Parinda' is really close to my heart," he added.

On the work front Tiger will also be seen in filmmaker-choreographer Remo D'souza's "A Flying Jatt", which also features actress Jacqueline Fernandez.