InstaMag
As celebrity chef Vikas Khanna premiered his documentary "Kitchens of Gratitude" at the ongoing 69th Cannes Film Festival on Saturday, celebrities congratulated him on the feat. 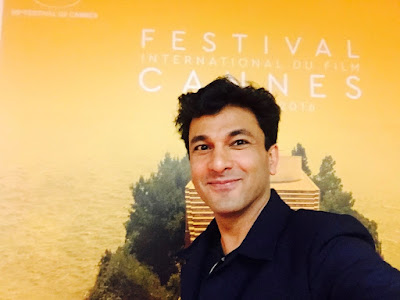 It was unveiled by Mohan Kumar, India’s Ambassador to France along with Leena Jaisani, senior director - Media and Entertainment division at Ficci, at the India Pavilion at the fest.

“Michelin starred Chef Vikas Khanna is not just a culinary ambassador of India but is also helping create awareness of our culture globally. For Indians, food is a sacred expression of sharing and caring and with 'Kitchens of Gratitude', he has personified it.

"This is a small step but will go a long way in building bridges amongst communities and nations," Kumar said in a statement.
For the occasion, Khanna wore Giorgio Armani, Corneliani as well as a Tissot watch.

The documentary is the chef's ideology that food has always been the thread which brings people together and that it transcends all barriers of caste, creed, faith -- thus, encouraging people to share.

While researching on how food was cooked in the Harappan civilisation, Khanna discovered that daily cooking was a communal activity in those times and he did not find a single reference to the use of small cooking pots, which bears out this finding. 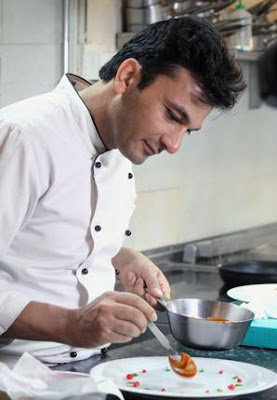 The fact that everyone used to get together for cooking and eating asserts his belief that the “unifying power of food was stronger even before religion came into being.”

Khanna then created, directed and shot a 15 minute documentary which captures this belief. The documentary feature personalities like Dalai Lama, Deepak Chopra, Mata Amritanandmayi (spiritual leader) and Pastor Craig Mayes of the New York Mission among others.

“'Kitchens of Gratitude' for me is solely about how food has always been the thread that brings people together encourage people to share. The documentary examines how shared food experiences help break the walls that divide people.

"I firmly believe that our children must know that every faith welcomes everyone. No faith ever promotes discrimination. It is food that binds us together, and it must continue that way,” Khanna said.

Here is what the celebrities had to say:

♦ Anupam Kher: Congratulations. You are the bestest.

♦ Gautam Rode: Vikas Khanna becomes the first chef in history to premiere a documentary at Cannes 2016. 'Kitchens of Gratitude'. Proud of you bhai, Vikas Khanna.

♦ Kunal Kapur: Proud of bro, Vikas Khanna for showcasing his work at Cannes 2016. 'Kitchens of Gratitude'.