If you are trying to lose weight, better concentrate on not missing your exercise schedule rather than skipping your meal, suggests new research.

Researchers have found that exercise plays a significant role in the fight against obesity by promoting metabolic function and healthy shifts in gut microbes, the microscopic organisms in our intestines that break down food and can contribute to decreased obesity. 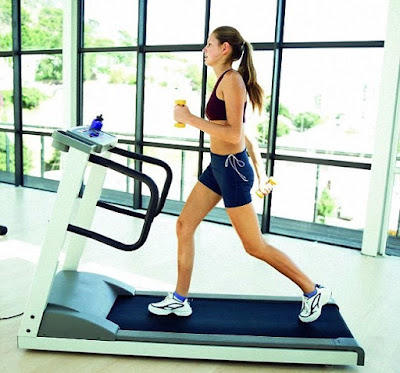 "These findings confirm that exercise is an important component of overall health and is critically important in the fight against obesity, especially during the juvenile period," said Victoria Vieira-Potter from the University of Missouri in the US.

The findings were published in the journal Medicine and Science in Sports and Exercise.

"The purpose of study was to look at exercise independently from weight loss and to determine other metabolic benefits associated with physical activity,” Vieira-Potter said.

“We aimed to tease out what effects on adipose, or fat tissue, were due to weight loss from diet, and what could be attributed to exercise," she added.

The team divided young rats prone to obesity into three groups to study the impact of exercise on their metabolic function and fat tissue. All of them were fed a high-fat diet.

Two of the groups were sedentary while the third group was able to exercise using running wheels.

The findings showed that the exercising rats were metabolically healthier than the sedentary groups and they developed different gut microbes than the other groups, despite eating the exact same amount of food.

"Overall, the exercising rats had higher metabolic rates, were more active even when not running on their wheels and experienced shifts in their gut microbes, perhaps putting them in a better position to avoid future weight gain compared to the other groups," Vieira-Potter pointed out.
To stay updated, please connect with us on Facebook and Twitter.