InstaMag
M Cream, India’s first stoner film which has created a buzz internationally, is slated for release in India on July 22nd,  2016. 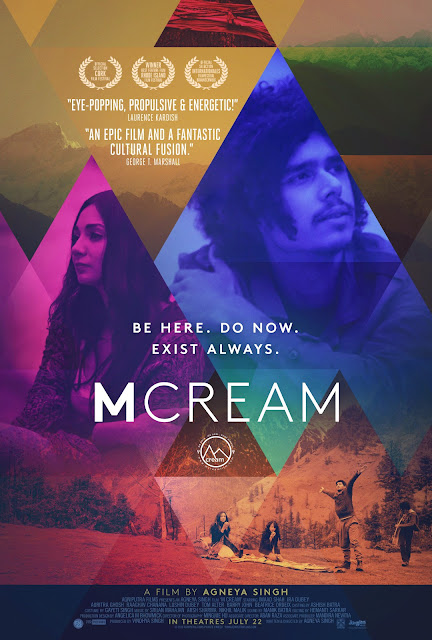 M Cream – a vibrant take on the youth of today, has been hailed as ‘A  Cinematic Jewel’ by critic Nicholas Powers (The Indypendent).  Written and directed by Agneya Singh, a Tisch School of the Arts graduate, the film has traveled to over thirty international film festivals and has won several accolades. It has been lauded for its bold approach, freshness and a take on India the world has never seen before.

The film traces the journey of four young people, in search of a mythical drug, as they journey across the picturesque expanse of the Himalayas.  This coming of age story stars Imaad Shah, son of legendary actor Naseeruddin  Shah, film and theatre actress Ira Dubey,  acting guru Barry John and Bollywood veteran Tom Alter among others.

The film was awarded the Indie Spirit award for Best Foreign Feature Film in the USA and will be unveiled on the silver screen in India this July for the very first time.

Writer/Director Agneya Singh commented, "We are thrilled that M Cream is all set to be released in India after traveling to so many film festivals across the world. I do believe that it is a story that encapsulates the mood of the new generation and one that explores the myriad realities of rebellion in India today. So many young people have written to us expressing their eagerness  to watch the film and I guess that’s because it really is their story. Naturally there are some controversial elements in the film such as drug use and sex, but in essence, the film really talks about creating a positive change  in society and that is something that affects us all."

M Cream is produced by Vindhya Singh under the banner Agniputra films.