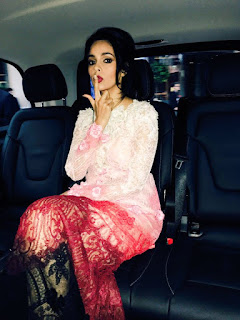 The “Murder” actress shared a photograph of herself on Twitter, flaunting Mabille's creation -- a shaded, net ensemble.

“On my way to the UNICEF dinner, thank you Alexis Mabille for the lovely gown, make-up by Dior, hair by Dessange," Mallika tweeted on Wednesday night.

This is not the first time that Mallika has made an appearance at the Cannes Film Festival. The actress made headlines in 2014 in a pale, pleated Pucci dress she wore to the amfAR Gala.
Directed by Hong Kong-based filmmaker Daniel Lee, "Time Raiders" was shot in China last year.