InstaMag
#NicoleKidman has starred in a virtual reality movie released by Etihad Airways, the national carrier of the United Arab Emirates (UAE).

The Oscar-winning actress says getting into the virtual realm with the film was exciting as well as challenging. 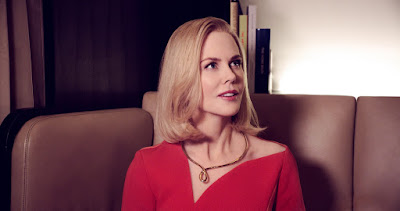 Etihad Airways released its 360-degree virtual reality film on Thursday, and viewers need to download the Oculus VR app from the airline’s dedicated website vr.etihad.com to watch the film.

Viewers can also watch the film as a 360 degree video on YouTube, read a statement.

Kidman, who is also Etihad Airways’ brand ambassador, shares that “the film is a culmination of Etihad’s vision”.
“It was a great challenge but one which has definitely paid off and it was great to be part of such an exciting project,” Kidman said.

The “Rabbit Hole” star added: “The film is a culmination of Etihad’s vision to tell the airline’s story in an extremely innovative way and a commitment to engaging with the public as has never been attempted by an airline before.”

The five-minute feature, titled ‘Reimagine’, tries to immerse its viewers in a fully experiential journey following Kidman through one of its new Airbus A380s flying between New York and Abu Dhabi.

The airline has used cutting-edge technology and multidisciplinary mediums in the feature to bring to life its guest experience and hospitality story by engaging the consumer in various sensory interactions onboard the virtual flight.

Each scene in the film takes on a theme intended to stimulate the senses of light, sound, motion, and conversation.

Throughout the experience, the viewer meets and engages with a number of characters including the actress herself, her film director, an opera singer and even an Emirati guest with a falcon in first class.


loading...
The film, which has taken more than six months to produce, was filmed exclusively in Abu Dhabi, and utilised state-of-the-art VR technology in its creation.

An Etihad Airways A380 was used for three days and fully customised prior to filming; overhead lockers, seats and other sections of the aircraft’s interior were removed to allow for the installation of Red Dragon cameras, which were used to perfectly capture the actress’ movement through the aircraft.

The feature was directed by the renowned husband and wife directing duo Anthony Atanasio and Valerie Martinez.