Women suffering from obesity are unable to differentiate between tastes as flavours are either too intense or hard to distinguish for them, a study has found. 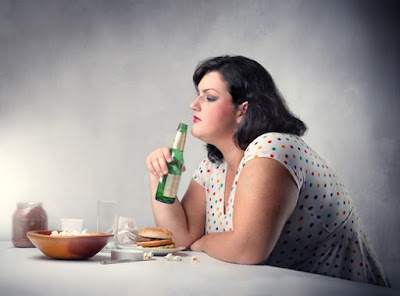 The findings showed that women with anorexia nervosa or those who were obese had difficulty distinguishing between ordinary water and sugar water compared to controlled group and those who had recovered from anorexia nervosa.

"Taste is an important driver of food intake and invariably associated with distinct neuronal patters in the insula -- the brain's primary taste cortex," said lead study author Guido Frank from University of Colorado.

"If you can't differentiate between tastes, that could impact how much you eat and that can also activate or not activate brain reward circuits," Frank added in a paper published in the International Journal of Eating Disorders.

Abnormal eating patterns were associated with changes in the insula's ability to classify taste stimuli.

The team analysed 106 women participants of similar age who underwent brain imaging while tasting sugar water or a tasteless water solution to study how well the insula could differentiate between the flavours.

These changes could occur on a variety of levels.

For example, leptin and other hormones are altered in obesity and eating disorders, affecting how the brain responds to food.

The reduced ability of the insula to classify taste could be due to structural changes within this brain region or alternatively could result in altered taste signal processing in different pathways to the insula, frank explained.

It also indicates that these problems diminish once a person reaches a healthy weight.

The finding could lead to new treatments for the eating disorders.


Visit our yet another website on Food recipe and health tips (largest collection of Indian and International recipe) - Imperial Inn!
Posted by InstaMag at 14:29