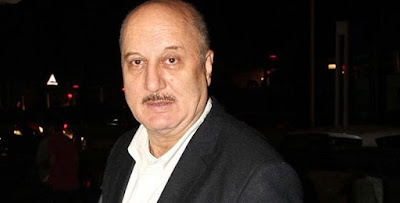 "Finished shooting of my 500th film 'The Big Sick' in New York. It was a pleasure to be part of this landmark film. Jai ho," Anupam Tweeted on Friday night.

The 61-year-old actor also thanked the producers of "The Big Sick" for making him a part of the film, which also stars actors Holly Hunter, Ray Romano, Zoe Kazan and Kumail Nanjiani.
"Thank you my producers Judd Apatow and Barry Mendel for making me part of 'The Big Sick'. It has been a pleasure," he added.

According to deadline.com, "The Big Sick" follows a couple dealing with their cultural differences as their relationship grows.
More from Instamag: Celebrity | Entertainment | Fashion & Lifestyle | Health & Fitness | Travel Diary | Startup