In recent times, the Indian box office has seen movies like "The Jungle Book", "Captain America: Civil War" and "X-Men" Apocalypse" faring better than the Hindi films released on the same day. 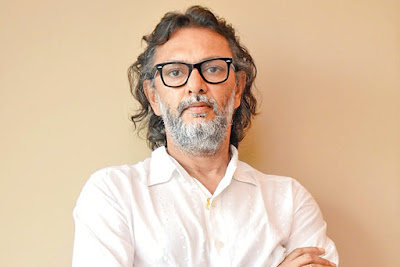 Asked to comment on the success of Hollywood films in the domestic market, Mehra told: "They must be better films. We (Bollywood) need to make better films. It's a laissez-faire. It's an open market system.

"You can't protect your films from quality. So, we have to make quality movies. And why should we do business here (in India only)? We should go out (of India) and do more business and tell Indian stories to the world as such."
Mehra, best known for directing award-winning films like "Rang De Basanti", "Delhi-6" and "Bhaag Milkha Bhaag”, is looking forward to the release of his next project "Mirzya".

Talking about it, he said: "I saw the (Mirza Sahiban) play during college around 30 years ago and its story stayed with me. It's a very unique story. Sahiban is a very strong protagonist, and that attracted me a lot to the folklore.

"This is a unique one. It's a tragedy. It's closest to a musical. So you can call it a Shakespearean musical tragedy, written by Gulzar. His writing is extremely layered. So to understand his writing, you need to go deep within and to reinterpret it and make his work yours. 'Mirzya' is a contemporary story altogether," he added.

Earlier, Mehra has mostly directed popular actors like Amitabh Bachchan, Aamir Khan and Farhan Akhtar in his films. But for "Mirzya", he roped in newcomers Harshvardhan Kapoor and Saiyami Kher.
loading...

Asked why, Mehra said: "It was the requirement of the story that I get newcomers. I wanted a fresh feel to it as it's a fresh take on love. I wanted the audience to experience the freshness.

"I had to be true to my story. If the movie works, then the (issue of big) budget is solved. If the story will not work, nothing will work. You can take the biggest star and still it (a film) will not work."

Made on a budget of around Rs 35 crore (including publicity and marketing), "Mirzya" has been extensively shot in 83 days across various locations in Rajasthan like Jodhpur, Udaipur, Jaisalmer and Mandawa as well as in Ladakh. The film is currently in post-production.

Why always reality films and not fictional ones?

"For me, it is one of the same thing. Technically they might be different, but as a storyteller, I must have something to say my point of view. When I made 'Rang De Basanti', I took Bhagat Singh, Azad, Rajguru and Sukhdev. But I reinterpreted their spirits in today's times," he said.

"During 'Bhaag Milkha Bhaag', I reinterpreted the story of Milkha Singh not as a biopic or an athlete but as a kid who had lost his parents during partition. So it was a story of lost childhood, about hatred and forgiveness. Similarly in 'Mirzya' I have something to share about what I feel about love," he added.

"Mirzya" is slated to release on October 7.