Bollywood needs to get rid of mediocrity or Hollywood will take over: Filmmaker Anurag Kashyap

InstaMag
Filmmaker Anurag Kashyap, who has helmed hard-hitting films like "Black Friday" and "Gangs of Wasseypur", feels that the Hindi film industry needs to pull up its socks as regional cinema is "threatening" the industry and even Hollywood may "take over" the national market with its dubbed version of films. 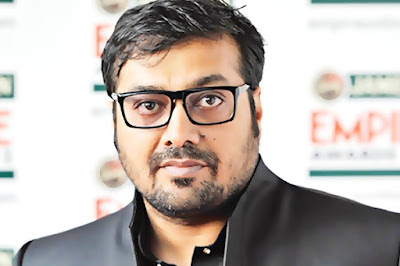 "The more regional cinema will threaten us, Bollywood will work harder. We are threatened from everywhere because we are more mediocre as compared to everybody else. We have to get rid of our mediocrity and pull up our socks and make better films," Kashyap told here.

"Apart from regional films, Hollywood will definitely take over because they have started dubbing everything. We have to start making better content," he added.
Regional cinema, which has always been high on content, has also now started to be a money spinner at the box office. With films like "Sairat" (Marathi), "Thithi" (Kannada) and "Kammatti Paadam" (Malayalam) among others, it is coming into spotlight in a big way.
Kashyap also believes that unlike Hollywood, Bollywood is a star-driven market.

"In this country, people can't deal with honesty... I talk straight... I am not a person who looks for controversy. I don't enjoy controversy so much. Today, everybody has an opinion, and in a sea of opinions, it doesn't matter," the 43-year-old said.

Of late, Kashyap said, he has become "very selfish".

"I want to live my life and my focus is on work and my family. I am 43 now and I have seen a lot in life. My entire focus is on my own happiness," added the filmmaker, whose last directorial "Bombay Velvet" failed to elicit the response he had expected.

Kashyap said his journey in the industry has been "quite a roller coaster ride".

"It feels good and I would not like to change anything about my journey. It's quite satisfying if I get to do what I want to, I am happy. I am my own boss," he added.

He is currently busy promoting his film "Raman Raghav 2.0", which narrates the story of serial killer Raman Raghav, who went on a murder spree in Mumbai in the 1960s. It features Nawazuddin Siddiqui as the notorious serial-killer alongside Vicky Kaushal, who plays a police officer.
loading...

Kashyap also admitted his fascination with the crime genre.

"I enjoy making crime films. I, as a director, never left that space. I am fascinated by crime," he said.

The psychological-thriller, presented by Reliance Entertainment and a product of Phantom Films, is set to hit theatres on June 24.