InstaMag
British celebrities like J.K. Rowling, James Corden and Hugh Lawrie among others weighed in their thoughts about the historic Brexit victory. 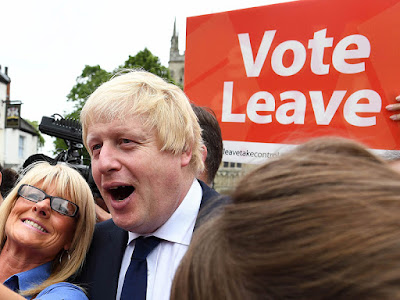 According to the BBC, Britain voted by 52 per cent to 48 per cent to leave the European Union (EU) after 43 years in a historic referendum on Friday. The referendum turnout was 71.8 per cent -- with more than 30 million people voting. This was the highest turnout at a British poll since 1992.

"Harry Potter" author J.K. Rowling, a staunch Brexit opponent, was mournful as she weighed in on the vote, offering her affirmation of the popular opinion that Scotland will now move to secede from Britain, reports deadline.com.

Actor and TV host James Corden was mournful in his reaction to the outcome.

"I can't get my head around what's happening in Britain. I'm so sorry to the youth of Britain. I fear you've been let down today," Corden wrote on Twitter.

"The Sandman" creator Neil Gaiman, a British native who now resides in US, wrote: "Dear UK, good luck. I am afraid you are going to need it."

"House" and "The Night Manager" star Hugh Laurie was more cautious. He wrote: "Congratulations exiters. Reverse is across and down, easy on the clutch".

Britain would be the first country to leave the EU since its formation -- but a leave vote will not immediately mean Britain ceases to be a member of the 28-nation bloc.

That process could take a minimum of two years, with leave campaigners suggesting that the referendum campaign may not be completed until 2020 -- the date of the next scheduled general election.