Censoring films can hurt government as much as press consorship

InstaMag
The "Udta Punjab" controversy shows some of the worst manifestations of governance in the country. First, it highlights the failure of the Punjab government led by the Akali Dal and the Bharatiya Janata Party (BJP) to check the drug menace.

Secondly, it once again brings to light the political role which the censor board has been playing ever since its chief, Pahlaj Nihalani, a known votary of Prime Minister Narendra Modi, was put in charge. 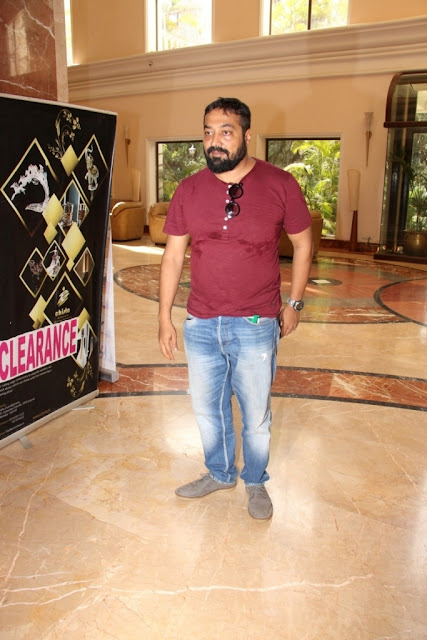 But for his subservience to the saffron camp, this B-grade filmmaker wouldn't have made it to such an important position.

It is not surprising, therefore, that he has been trying to shoot down "Udta Punjab" since it deals with a major problem in the state.

With the state assembly elections due next year, the Akali Dal-BJP government will understandably be nervous about the impact of the film if its uncensored version is released.

Nihalani's political interests are evident from his charge that the producer, Anurag Kashyap, has received money from the Aam Admi Party (AAP) for his criticism of the censor board.

The AAP will make its first major foray outside Delhi in the Punjab polls and is expected to do well.

However, the point which the Union government, and especially the Information and Broadcasting Ministry, will have to consider is whether "soaring" India, about which the government is so vocal, can be pulled down by unworthy political servitors in key official positions.
That the appointments of Nihalani and of another B-grade actor, Gajendra Chauhan, to the Film and Television Institute of India (FTII) were mistakes have been indirectly admitted by the government.

In the case of the Central Board of Film Certification (CBFC), the government has set up a committee under noted filmmaker Shyam Benegal to consider the issue of censorship. Benegal's view is that the CBFC will only certify the films and not censor them.

Incidentally, Benegal thinks highly of "Udta Punjab", which he saw at a special screening.

If Benegal's nomination is a snub to Nihalani, his recommendation is intended to rob the CBFC chief of the only power in which he takes pride - making cuts. And he has used it with abandon in "Udta Punjab", with 89 cuts.

Nihalani has already made it clear that he doesn't agree with Benegal. "We don't require a censor board," he has asked. "Even after getting the censor certificate, we see that many films have misfired", he told an interviewer.

"For instance, take (Aamir Khan's) 'PK'. If there was no censor board, wouldn't the country have burned? It would have led to violence," Nihalani said.

Whether this self-certificate is correct, or whether the board's wings should be clipped, is something on which the government will have to decide.

But the "Udta Punjab" issue is a classic example of what can happen if the government is hesitant because of the obvious political value of tailoring a film to its own liking - such as carrying a line commending the police for acting against the drug traffickers.

"Udta Punjab" is in line with countless films - "PK", "Piku", "Kahani", "Queen", "NH 10", "Haider", "Aligarh", "Neerja" and "Court" - which have broken away from the standard song-and-dance routine and have dealt with social issues.

It is because of films such as these that Bollywood's name can now be taken in the same breath as Hollywood's and Indian film stars have started finding roles in Hollywood.

But if political appointments continue to be made for positions dealing with such a sensitive and increasingly flourishing medium, then it will be back to the bad old days of melodramatic masala productions.

When the government chose saffron apparatchiki for the various institutions, its intention was to erase the Nehruvian influence of Westernization and boost the Hindutva point of view.

When Nihalani rails against "short skirts and lingerie", he reveals the typical ultra-orthodox outlook of the saffron world.

It is in line with the Union Culture Minister Mahesh Sharma's assertion that "we will cleanse every area of public discourse that has been Westernized and where Indian culture and civilization need to be restored - be it the history we read, our cultural heritage or our institutes that have been polluted over years".
loading...
Unfortunately, for these crusading ministers, the saffron brotherhood is woefully short of people of calibre who can undertake this mammoth task of creating India in their own image.

Whether it is Y. Sudarshan Rao in the Indian Council of Historical Research (ICHR) or Chauhan in the FTII or Nihalani in the CBFC, the intellectual level of these saffron camp followers is not considered very high.

The fallout is the fiasco which we see in the "Udta Punjab" case.

While the saffron distortions which Rao may introduce in the history books will not be known for some time, playing political games with films will have an immediate effect.

Since films are part of the "freedom of expression" debate, censoring them can hurt the government as much as censorship of the press.