InstaMag
Hair loss can be very traumatic. But one should not compromise on "quality" while undergoing hair transplantation, says a city dermatologist. 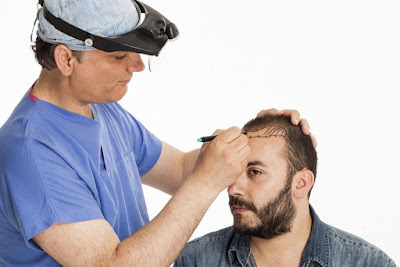 In a recent case, a 22-year-old final year MBBS student who underwent hair transplantation at a salon died the following day after surgery in Chennai.

According to media reports, his death was triggered by allergy to anaesthesia, which went undiagnosed.

"It's not a rare case because a lot many patients get duped by such small time clinics and shady salons. There are a lot of grey areas where patients are mislead," said Rohit Batra, dermatologist at Sir Ganga Ram Hospital, here.
Hair transplantation, which has become a thriving market, requires medical expertise. It involves a dermatologist, plastic surgeon and anaesthetist along with other trained technicians.

"Hair transplant treatments are now easily available even at small-time clinics and beauty salons, but the surgeries are done by those who are either non-medical professionals or sometimes under-qualified doctors," Batra noted.

Baldness, which is a problem plaguing people as early as in their twenties, impacts the personality and confidence of an individual.

Genetic factors such as ageing, changes in the levels of androgens (male hormones), menopause, family history, along with environmental factors like stress, pollution, poor and disrupted sleep patterns are some of the common reasons for hair loss in both males and females.

Medications, care and nutrition, may help prevent hair loss, however, in some cases, surgeons can transplant hair or reduce the area of bald skin.

"Ideally, when someone is looking for hair transplantation, one should approach a qualified dermatologist who provides the treatment that meets your expectations and also, who has an infrastructure to support the kind of treatment you are looking at," Batra added.

With the surge in hair transplantation surgeries, it is important to regulate the medical technology being used widely.

"Its high time government should intervene and ban such clinics which follow unethical practices and where there are no professionals performing such risky and life threatening procedures," Batra said.