InstaMag
People with Type 2 diabetes who are admitted into the hospital for congestive heart failure face a one in four chance of dying over the next 18 months, a global study has warned.

The findings paint a much grimmer picture of the outcome for diabetes patients with severe heart disease. 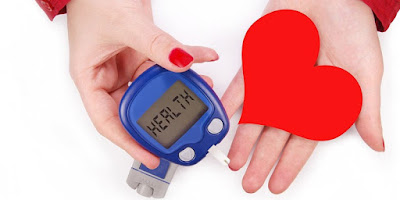 Patients with Type 2 diabetes have two to three times the heart disease risk of the general population.

This is partly because obesity and other illnesses such as hypertension and elevated cholesterol contribute to both diseases, but there are concerns that some of the medications that help control blood sugar may also damage the heart.

Even insulin, a hormone that healthy people make naturally but some patients with Type 2 diabetes often need as a medication, can contribute to heart disease.

In new research, the researchers provide new insights on mortality in the earlier EXAMINE trial from a series of new analyses.

In the earlier EXAMINE study, the researchers recruited 5,380 patients with Type 2 diabetes after the patient had a major but non-fatal acute coronary syndrome such as a heart attack, or hospitalisation for unstable angina.
loading...
The researchers randomly assigned the patients to take either anti-diabetic drug alogliptin or a placebo and then followed their progress for up to three years.

“People with Type 2 diabetes admitted to the hospital for heart failure faced a 24 to 28 percent chance of death on anti-diabetic drug aloglipin or placebo, respectively,” the authors noted in the new study.

That's more than five times the risk of death seen in the patients who had no additional non-fatal cardiovascular event.

“It's a very dramatic result. A person with Type 2 diabetes requiring hospitalisation for heart failure in the EXAMINE trial was a harbinger of a very poor outcome,” added White.

The results were presented at the American Diabetes Association's (ADA) annual meeting in New Orleans and published in the ADA journal Diabetes Care.