InstaMag
Drinking a 240 ml glass of cranberry juice per day can help women to keep urinary infection at bay, says a study led by an Indian-origin researcher. The study suggests that cranberries can also aid in decreasing the worldwide use of antibiotics. 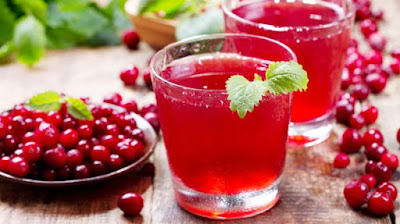 Urinary tract infection (UTIs) is an infection in any part of the urinary system, the kidneys, bladder or urethra.

The findings showed that daily consumption of an 8-ounce glass of cranberry juice can reduce symptomatic UTIs by nearly 40 per cent in women with recurrent UTIs.

Also, it will help decrease the antibiotic use associated with treating recurrent UTIs.
"Currently the primary approach to reducing symptomatic events of UTI is the use of chronic antibiotics for suppression, an approach associated with side effects and development of antibiotic resistance,” said Kalpana Gupta, Professor at Boston University in the US.

UTIs are among the most common bacterial infections in women worldwide. Some 150 million UTIs occur annually worldwide, according to the American Urological Association. Up to 60 per cent of all women suffer a UTI in their lifetime and up to 25 per cent experience a recurrence within six months.

Antibiotics are usually the first line of treatment for urinary tract infections, and women who have frequent UTIs may be prescribed low-dose antibiotics.

Unfortunately, chronic overuse of these drugs has increased antibiotic resistance at an alarming rate globally, the researchers said.

Cranberries contain multiple, unique elements and compounds including Type-A PACs (or proanthocyanidins) that prevents bacteria from sticking and causing infection as well as other anti-bacterial properties against E. coli -- a type of bacteria commonly found in the gastrointestinal (GI) tract and a the major cause of UTI.

"The key to cranberry's benefit is consuming a glass daily to help avoid the infection altogether. Most people wait to drink cranberry juice until they have a UTI, but once the symptoms start they'll likely need a course of antibiotics,” added Gupta in the paper published by the American Journal of Clinical Nutrition.

For the study, the team analysed 373 women for 24-weeks at 18 clinical sites throughout the US and France, is the largest clinical trial of its kind examining the effects of cranberry juice consumption on UTIs.

The results revealed that the rate of UTIs decreased significantly among the cranberry drinkers, with just 39 diagnoses during the six-month study compared with 67 in the placebo group.