InstaMag
#Regularexercise of any type in middle age - from walking the dog to mountain climbing -- is the best #lifestylechange you can make to #preventmemoryloss in the later years, suggest results of a 20-year study.

"The message from our study is very simple. Do more #physicalactivity, it doesn’t matter what, just move more and more often. It helps your heart, your body and prevents obesity and diabetes and now we know it can help your brain,” said study author Cassandra Szoeke, associate professor at the University of Melbourne in Australia. 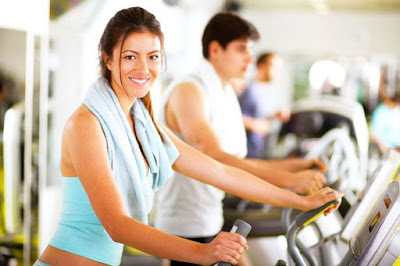 "It could even be something as simple as going for a walk, we weren’t restrictive in our study about what type,” Szoeke noted.

For the study, the researchers followed 387 Australian women from the Women’s Healthy Ageing Project for two decades.

The research team made notes of their lifestyle factors, including exercise and diet.

They were also asked to learn a list of 10 unrelated words and attempt to recall them half an hour later, known as an Episodic Verbal Memory test.

When measuring the amount of memory loss over 20 years, frequent physical activity, normal blood pressure and high good cholesterol were all strongly associated with better recall of the words.

In the study more weekly exercise was associated with better memory.

The findings suggest that regular exercise could protect people from dementia typically characterised by memory impairment.


loading...
"We now know that brain changes associated with dementia take 20 to 30 years to develop,” Szoeke said in a University of Melbourne media release.

"The evolution of cognitive decline is slow and steady, so we needed to study people over a long time period. We used a verbal memory test because that’s one of the first things to decline when you develop Alzheimer’s Disease,” Szoeke explained.

The best effects came from cumulative exercise, that is, how much you do and how often over the course of your life, she said.