InstaMag
Fashion has become saturated nowadays, and so it's vital that new entrants in the industry have the right knowledge of the craft, business and potential consumers, says Indian-American designer Tina Tandon, who has clients of the likes of Hollywood celebrities Brooke Shields and Padma Lakshmi. 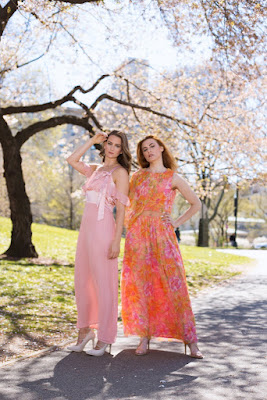 Tandon, who has spent a decade working in the fashion world and has a label T.Tandon, says newcomers need to be "respectful to the craft".

"If you want to become a designer, study it, take courses in it. You have to also work in the industry for a while, get a feel of it, before you decide to branch out on your own," the designer told IANS in an email interview from New York.

Â“Fashion is so saturated these days that you not only have to know the people you want to cater to, but also fine-tune your unique selling point and aesthetic as well. It can get discouraging sometimes, but itÂ’s important to stay passionate and believe in what you have to offer,Â” she added.

The designer, whose forte is pret in women's western wear, also believes that one needs to know fashion and design inside out to have a footing in the industry.
Â“Just because you can style yourself and others, doesn't mean you would make a good designer. A lot of those who just wake up one day and want to be a designer, don't usually last very long in the running.

"You have to know the craft, and all that goes into it. Everything from how you get buyers, to production and shipping, to getting your work out to the press. ItÂ’s overwhelming, but you grow as you go,Â” added Tandon, some of whose Hollywood and Bollywood clients also include Katrina Bowden, Pooja Batra, Pooja Kumar and Soha Ali Khan.

A graduate of New York's Fashion Institute of Technology, Tandon worked for the likes of Escada, Christian Lacroix and Kenneth Cole among others before launching her own line. Her creations are sold to high-end designer boutiques all over the US -- from Beverly Hills to Madison Avenue in New York City to Michigan Avenue in Chicago.

Tandon was born in the US, but her parents moved back to India when she was two years old. A decade later, the family shifted back to the US.

Â“We moved to North Carolina, where there were hardly few Indians in my middle school, and I often used to get teased and bullied, being new in the country, even for my clothes. That actually intrigued my interest further in fashion, and I thought to myself - you laugh at me now, one day you will wear my clothes,Â” Tandon said.

She says Indian embroidery and techniques are appreciated worldwide.

Â“Nothing compares to the intricate embroideries, bead-work and other embellishment techniques that come out of India. Fashion brands all over the world look to India for that.

"Now, with Indians being spread all over the world, and with increasing purchasing power of the young generation in India and abroad, many fashion houses and department stores want to cater to them specifically," Tandon said.

She even pointed out how major European houses like Chanel, Louis Vuitton, Alexander McQueen and Dior have taken notice of Indian craft and have come up with specifically India-inspired collections.

"The international lines will blur more and there will be more of multicultural influences in fashion all over the world. People are now travelling extensively and frequently, and thereby we are becoming more of one world,Â” she said by adding that she would love to showcase at an Indian fashion event soon.

Â“I love the way Indian women are embracing fashion, and have become uber stylish over the past few years... We are looking to grow it in the Indian market soon as most of our core business is in the US currently."