For children, attractive faces may be trustworthy

InstaMag
If you are less than attractive, it is likely that a child may not trust you, says a new study, suggesting that for kids an individual's trustworthiness is linked to how attractive they find him or her. 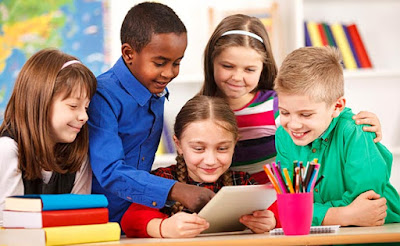 The findings showed that the ability to make the judgement about one's trustworthiness develops as one grows older.

Also, girls proved to be better at trustworthiness judgement than boys.

In addition, the children were also found to look to a person's attractiveness as an indication of their character.

People use facial cues to make judgements on a person's character -- and this ability to infer social traits is a crucial part of social functioning and development, the researchers said.
Although well researched in babies and adults, the development of this ability in children was not previously known, they added.

The study adds to a growing body of work showing that attractiveness is a universal language when it comes to that all-important first impression, said Fengling Ma from Zhejiang Sci-Tech University in China.

For the study, the team assessed 138 participants -- groups of children aged eight, 10 and 12 years old and compared them to a group of adults.

They used a face generation programme (FaceGen) to produce 200 images of male faces -- all with a neutral expression and direct gaze.

In the first of two sessions, each participant was shown each face, and asked to rate how trustworthy they thought that person was.

A second session followed a month later where participants repeated the exercise, this time rating the attractiveness of the same faces.

They found a strong, direct relationship between the two traits -- the faces deemed more trustworthy were also considered to be more attractive.

This relationship also strengthened with age, and shows that like adults, children also look to a person's attractiveness as an indication of their character.