Household air pollution may up risk of heart attack

Household air pollution may up risk of heart attack

InstaMag
Long-term exposure to household air pollution from fuels, such as kerosene or diesel, is likely to increase the risk of heart attack and death, warn researchers including an Indian origin scientist. 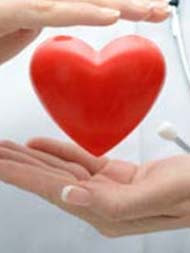 One-half of the world's population lives in poverty and burns fuels for lighting, cooking and heating purposes, according to the World Health Organisation (WHO).

"Our study is the first to find a significant and independent increased risk for all-cause, total cardiovascular disease and heart attack deaths due to increasing lifetime exposures to household air pollution from kerosene or diesel burning," said lead researcher Sumeet Mitter from Northwestern University in the US.

The findings showed that participants who burned kerosene or diesel were at a six per cent higher risk of dying from all causes during 10-year period.

Conversely, those who used cleaner fuels, such as natural gas, were found to have a six percent lower risk of cardiovascular death compared to other fuels.
For the study, published in the journal Circulation, the team measured exposure from indoor pollution generated from burning kerosene, wood, diesel, cow dung and natural gas in an observational study of a community in northeastern Iran from 2004 to 2008 (Golestan Cohort Study).

Participants completed lifestyle questionnaires that tabulated exposure to household fuels for cooking and heating throughout their lives. Blood pressure and other body measurements were regularly documented.

"Since heart disease is the leading cause of death worldwide, it is important to intervene and help patients and communities worldwide transition to cleaner burning fuels and reduce the risk for cardiovascular death," Mitter said.