InstaMag
The first poster of actor Hrithik Roshan's much-awaited movie "Mohenjo Daro" is out, and it features him in a rustic and fierce look. 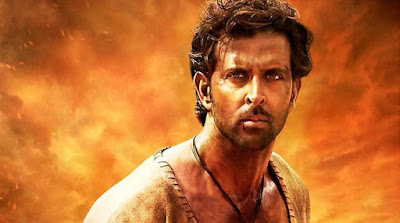 Hrithik, in the poster of the upcoming film, is seen in a muscular avatar. The 42-year-old star can be seen holding a trident in what appears to be a battlefield.

Hrithik tweeted: "Often the greatest of men have the smallest of beginnings. His name? Only the truly vulnerable can be truly powerful! Are u ready?"
Later, he shared the poster with the caption: "The manifestation of love and power...SARMAN MohenjoDaro Poster. UTV Films. Pooja Hegde. A.R. Rahman."

Just before his look was shared from the upcoming film, Hrithik also shared the movie's motion poster, which did not reveal his look.
loading...

“Before the British Raj, the Mughals, Christ, Alexander, Buddha and India as we know it, there was... Mohenjo Daro,” the motion poster reads.

Written, produced and directed by Ashutosh Gowariker, the epic adventure-romance is set in the prehistoric city of Mohenjo Daro in the era of the Indus Valley civilisation which dates back to 2600 BC.

The movie also stars Pooja Hegde and is slated to hit the theatres on August 12.