I am a huge fan of Nusrat Fateh Ali Khan: Huma Qureshi

InstaMag
Actress Huma Qureshi has said that she is a big fan of the late popular singer Nusrat Fateh Ali Khan, whose song 'Dillagi Bhool Jani Padegi' was adapted for 'Dillagi' song in which she featured. 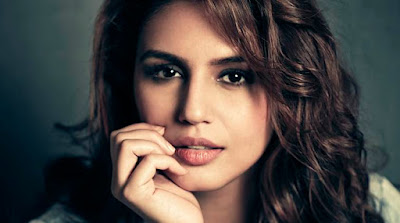 At the launch of the song 'Dillagi', Huma was asked if she had heard the original. She said: "Of course I had heard the song before. I am a huge Nusrat sahab fan."

Khan was a renowned Pakistani singer, famous for his Qawwalis, who passed away in 1997.

Music composers Salim Sulaiman have adapted the song with Rahat Fateh Ali Khan lending his voice to the song. Huma is cast opposite Vidyut Jammwal in the song, directed by cinematographer Kiran Deohans.
Huma said: "When I was told that this single is what they were doing and Rahat sahab has sung it and Vidyut is in it, I just jumped at it and said, 'yes, I'll do it'. I didn't have to think about it too much and of course Kiran sir was going to direct me and his work is legendary. I told him also that 'I'm so happy that you're shooting because I know that I'm going to look really nice'."

"As far the preparation is concerned, Vidyut will testify. We did a lot of rehearsals. And especially the scene which everyone has liked it, we did a mini-workshop. I think that helped the chemistry, if we didn't spend that kind of time together, may be it would not have been possible," she added.


loading...
Huma and Vidyut play lovers in the video, with Huma eager to go to Bangalore for her job promotion, while Vidyut unhappy with her decision.

She said that during the shoot, Vidyut was constantly worried about looking like a male chauvinist.

"And I was worried that I wouldn't look like an irritating girlfriend, 'that I had to go'. So this is a very fine line we had to tread so as to make it anti-break-up and while the romance also should still stay intact," she said.

The lyrics of the song have been penned by Manoj Muntashir.