In 'Madaari' playing more mature cop than my other cop characters: Jimmy Sheirgill

InstaMag
Actor Jimmy Sheirgill says that his role in "Madaari" is of a lot mature police officer as compared to his other roles of a police officer. 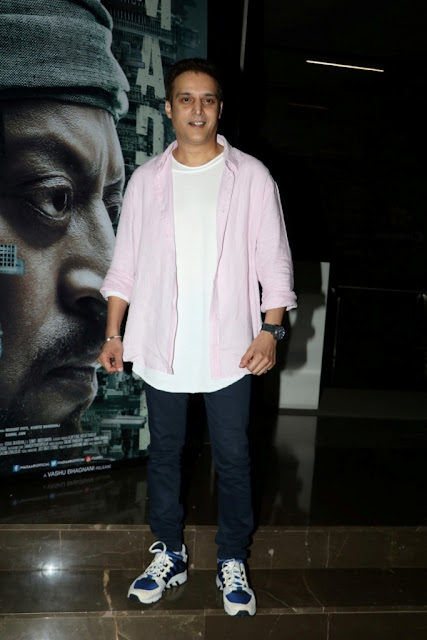 When asked about the difference between his role in "Madaari" as compared to another role in the recently-released "Traffic", both of cops, Jimmy said, "You think that it is a cop, he is something else, you don't know who he is. You see it on July 15. It's basically a CBI guy, it is a far more mature character, or a matured cop from what I have done before." Jimmy was present at the launch of a song from "Madaari".

Jimmy will be seen in a thick moustache and sporting glasses in his role, trying to solve the mysterious abduction of a home minister's son. Previously, he has also played a cop in "Special 26" and "A Wednesday".

The song "Dama Dam" was launched on Friday and about the song, Jimmy said, "It is doing justification to what the film is also about."

Lead actor of the film Irrfan Khan said, "This song was very important for the film. That is why we kept discussing it with Vishal sahab (Bhardwaj) since many days about how we should be doing it. The idea was there in my mind how it should be, that it should become a youth anthem.

It should talk to people and do something to them. Not just for the sake of entertainment you sing a song and dance to it, dance but that feeling should remain in you. Vishal sahab took a lot of time and one day he said, 'you stop telling, let me do it the way I do it'. Then he came up with his own version and the lyrics written by Irshad (Kamil) is fantastic."

Right from the trailer of the film the tagline "Desh so raha hai" is seen and even features prominently in "Dama Dam" as well.

About the line, director Nishikant Kamat said, "It is the system's issue which we want to present. 'Desh so raha hai' is a very symbolic line. We have been sleeping over so many issues which means we are unaware about so many issues. We don't know about numerous things which are lawfully ours, which are our rights according to the law book."