Meet 'Akash Bathija' a.k.a. Prince, The Arrogant Boss in 'Missing On A Weekend' | InstaMag

Meet 'Akash Bathija' a.k.a. Prince, The Arrogant Boss in 'Missing On A Weekend'

InstaMag
The upcoming investigative thriller 'Missing On A Weekend' has already generated a significant buzz for its gripping trailer and peppy music. As seen in the trailer, the story of the film revolves around a group of seven friends who set out on a fun trip to the party capital of India – Goa, where mysterious circumstances lead to the disappearance of the characters. Let's introduce each of the characters who are as intriguing as the film. 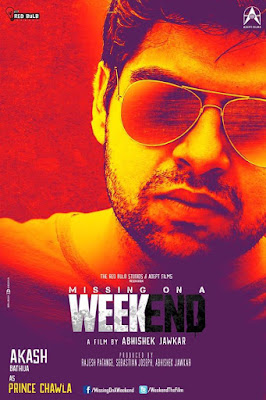 Akash Bathija a.k.a. Prince, The Arrogant Boss in 'Missing On A Weekend'

Prince is the boss, literally. He is the owner of a call centre and is filthy rich, and this is at a young age of just 27. In fact, all the other six of his friends on the trip are not his friends first, but his employees first. He makes them slog all over the week, but he makes up for that, by taking them on a pleasure trip to Goa over the weekend.

While his friends/employees are all muscled up and flaunt their six-packs, he is clearly out-of-shape, but he has no qualms about his unattractive body, because he believes in showing his massive wealth rather than his body.

Like every rich guy, he too, has an extremely hot girlfriend named Tanisha and is crazy about her. And he, not just flaunts his money, he even flaunts his hot girlfriend as a prized possession to all his friends.
Basically he is an unapologetic show-off and a shameless brat. Along with money and his girlfriend, cigarettes and booze are also his life. He doesn't take care a damn about his friends and is so arrogant that he doesn't mind speaking rudely to them , and showing them their place.

Let's see if the mysterious circumstances in the film brings this Prince down to earth or keeps him high.

'Missing On A Weekend', releases on 1st July.