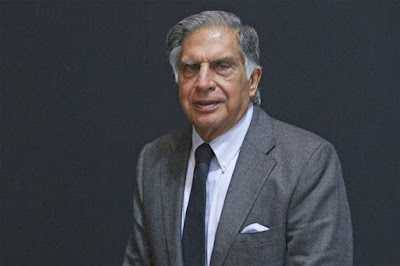 Tata Sons Chairman emeritus Ratan Tata invested in e-ticketing company Kyazoonga in his personal capacity, the company said on Friday.
The funds will be deployed by the startup for market expansion, to enter geographies like United States, West Asia, Pakistan and the Caribbean Islands.
Started in 2007, Kyazoonga looks at partnering with sports franchises, music concerts, promoters and event organisers. According to Founder Neetu Bhatia the company sold more than 25 million tickets last year.

"As we scale the company into a global enterprise, glad to know he shares in the excitement of our mission of Tickets made simple for everyone, everywhere'," said company's CEO and co-founder Neetu Bhatia.

The company will focus its efforts on the large potential for paid access that India represents and push the envelope on significant global opportunities, she said.

The company did not disclose the details of the funding. Tata made investments in over 25 startups in the last two years.

Although not into movie ticket booking, Kyazoonga still competes with players like BookMyShow and MeraEvents in India.

Founded in 1999, Mumbai-based BookMyShow is currently reported to be in advanced talks with investors to raise around $75 million (around Rs 500 crore) in its largest round of fund-raising yet. Seeking investors in the US, the company seems to be in talks with the US-based growth equity fund Stripes Group. Existing partners are also looking to participate in this fourth funding round.

According to BookMyShow Co-founder Ashish Hemrajani the size of the total addressable ticketing market in India is 500 million. Further, BookMyShow plans to sell close to 150 million tickets this year, an increase of 50 percent over 2015. This is four times of what Kyazoonga sold in 2015.

Further, Neetu believes that the US market for ticketing is even bigger, worth close to $25 billion for ticketing.

Mr Ratan Tata has invested in over 25 startups, with the most recent being Artificial Intelligence startup Niki.ai.

Mr Tata has also said in the past that he invests in new ventures if “the idea excites” him, and the first impressions of the founders are good.
Website: www.kyazoonga.com