Shekhar Kapur's tryst with Shakespeare for 'Will'

Shekhar Kapur's tryst with Shakespeare for 'Will'

InstaMag
Renowned filmmaker Shekhar Kapur, who is bringing a TV series titled "Will" about the exploits of young William Shakespeare, has opened up about his experience working on a television project.

Q. You have just completed a dazzling episode of a series on Shakespeare for the TNT channel. How was the experience? 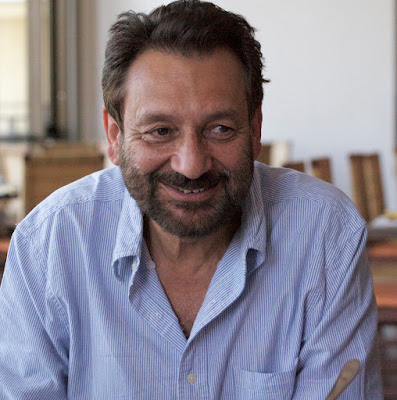 A. It's called "Will". I am producing the entire series. It's a $75-million show. We have to create 9 more episodes of Series 1. If It's successful it goes to Series 2.

Q. Will you direct all the episodes?

A. It is not possible for one director to do the entire show. But I'll definitely be directing some of the episodes. Since I am the producer-director I have to make sure that the entire series has the same qualities that you saw in the pilot which I directed. So I'll definitely get in there and direct some episodes. We start shooting on September 1 and on January 1, 2017 it starts telecast all over the world.

Q. I hope it comes to India?

A. Of course it will.

Q. The young actor Laurie Davidson who plays Shakespeare is an amazing talent?

A. You know where I found him? In acting school! I must tell you the search for Shakespeare was no less arduous than my search for "Elizabeth".
Q. How different was it shooting for television?

A. Well, I am a feature film director. But luckily for me, as you saw in the trailer, everything had to be done on the scale of a feature film. But television doesn't have the same budget as a feature film. So I found means to get the same scale into the medium. I promise you when you see the series you won't think it inferior to a feature film. "Will" looks like a $100-million film. The pilot alone was shot in eighteen days.

Q. Do you have an amazing team for this project?

A. Yes, one day we were sitting down together and I realised we had 18 Oscar winners with us. And everybody was firing on all cylinders. That's how it was possible to shoot a one-hour pilot episode of television that looks like a feature film. I had the best skills in the world and we prepped for four months. I can't do the same in India.

A. When I mention a huge scale here everybody starts talking about the huge number of shooting days.