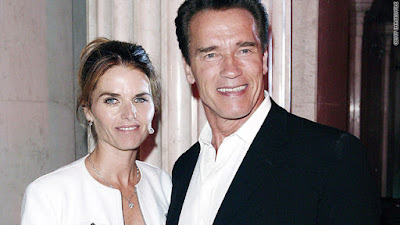 The former couple broke up in July 2011 after it emerged the #Terminator actor had fathered a son with their housekeeper and although they have both moved on with their lives, neither are keen to make the split official.

According to tmz.com, the pair didn't have a pre-nuptial agreement and had already worked out how to split their $400 million fortune.
As their children -- Katherine, 26, Christina, 24, Patrick, 22, and Christopher, 19 -- are all adults, there are no custody issues.

Sources claim that one of the reasons could be that neither wants to walk away from $200 million and other insiders have speculated that Shriver, 60, doesn't believe in divorce.