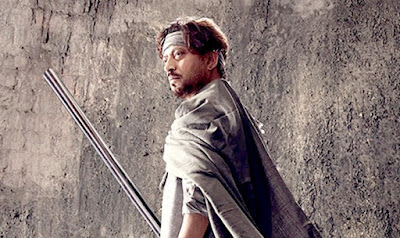 Filmmakers like #HansalMehta, #DavidDhawan and #MadhurBhandarkar, have appreciated the content and performances of #Madaari, which they watched at a special screening here prior to its release.

"I think it is a phenomenal film. I think subjects like these and films like these are the need of the hour. We need sensible films that can wake this sleeping country with its story," Mehta said here.

"Madaari", directed by #NishikantKamat, brings alive a story of the plight of a common man who falls victim to the ways of the country's governance. Irrfan Khan is seen in the role of a father who loses his son in a tragedy.
Bhandarkar said: "Nishikant is a very good friend and a good filmmaker. Irrfan is a very talented actor... I am very happy that the film is in news and I am sure it will be a great watch for viewers."

Dhawan, who usually makes comedy films, was also appreciative of the serious movie.

"It was outstanding. I enjoyed it. Nishikant is a very competent director. The film is very good and gripping. The hero is very good the kid is very good... The script is very good. The editing is also fantastic... You don't come to know what is going to happen.

"Irrfan is always good and works with a lot of sincerity. He is a commercial actor and doesn't bore you," he said.

Actors Kartik Aaryan, Rahul Bhat, Jackky Bhagnani and singer Sukhwinder Singh were some others who were spotted at the screening here on Tuesday night.

Irrfan was nervous about the reactions to the movie.

"I am a bit cautious and a bit scared. I would want to talk only once the film releases. When directors are there I am a bit nervous, otherwise I have an idea that the film will touch people. (So far) We have got a very warm response and we have come to know that it is touching people," he said.

"Madaari" is releasing on Friday.