InstaMag
#Actor-comedian #BillMurray will make a cameo on the #HBO comedy series #Vice-Principals. 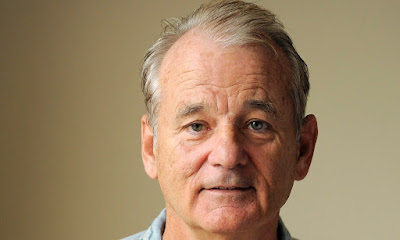 The actor, who most recently voiced the fun and frolicking Baloo in #TheJungleBook, is also winner of a #BAFTA, a #GoldenGlobe and two #Emmyawards for his work over the span of 40 years.

Show creator Dannie McBride spoke to variety.com about how he got Murray to do a cameo in the series.

"I had met Bill, I’ve done two movies with him and became buds with him. When we scouted Charleston, South Carolina for shooting, Jody and I were on the plane flying back to Los Angeles and when I sat down someone said our names," McBride wrote.
"I turned around and it was Bill. For the whole flight he talked us into shooting in Charleston, telling us how great the restaurants are, how awesome the city is. So when we decided to shoot there, we said, 'He talked us into coming here, the least we can do is talk him into showing up on the show'," he added.

McBride then sent an email to Murray, asking if he would be interested in checking out the script, to which the "Ghostbusters" star replied in a "very Bill Murray fashion".

"'I would be very interested in checking this out. Please deliver a hard copy to the (Charleston) RiverDogs baseball game tomorrow night. I will leave six tickets at the box office for you'. So we went to the game and brought the script. He took it off our hands and the next day he sent an email saying he 'would be honoured to play Principal What's-His-Name'," McBride said.

This show pits Neal Gamby played by Mcbride against Lee Russel (Walter Goggins), as they seek to one-up each other, with the ultimate prize of becoming the school principal at Lincoln High.

The series will premiere in India on Star World Premiere HD on Tuesday.