InstaMag
A Hindi film that traces the 14-day epic journey that Tibetan spiritual leader the #DalaiLama undertook from the #Tibetancapital #Lhasa to India, crossing the #Himalayas on foot, to seek asylum 57 years ago, has been released. 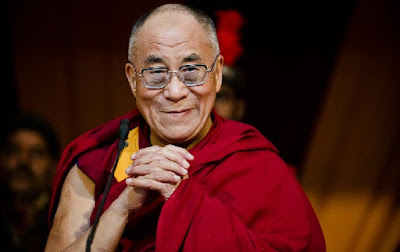 The second and last part of film #EscapeoftheDalaiLama, produced by Mumbai-based #RangrezFilms, will be aired on #TVchannel #EPIC on July 22.

It narrates the Dalai Lama's life in Tibet and the treacherous journey he made at the age of 24, escaping Chinese persecution and finally seeking asylum in India in March 1959.
Crossing the Himalayas on foot with a handful of soldiers and cabinet members, the Dalai Lama travelled only at night to avoid detection by the Chinese troops.

But until the Dalai Lama appeared in India, two weeks after taking flight from Lhasa, people around the world feared that he had been killed, according to the BBC.

According to the official website of the Dalai Lama, he escaped at night from Norbulingka Palace in Lhasa on March 17, 1959. He entered India from Tibet after a 14-day harrowing escape.

"At 16, I lost my freedom and at age 24 I lost my country," the Dalai Lama has been often saying in his addressees.

"Yes, I remain optimistic that I will be able to return to Tibet. China is in the process of changing. Besides, I am not seeking separation from China," the Nobel Peace laureate wrote on his official website.

The film, "Escape of the Dalai Lama", was made by Nidhi Tulli and Ashraf, who have earlier made documentary films on the Tibetan issue, "Art in Exile".

Tenzin Dalha, a Tibetan boy from Darjeeling studying in Delhi University, plays the role of the young Dalai Lama. Earlier, he had acted in Bollywood film "Margarita with Straw".

Except for Dalha, all other cast members are amateur Tibetan actors, some of whom have never acted in their life.

The film will be shown in two parts. The first part was aired on July 15 and the second will be telecast on July 22.