InstaMag
The Indian government doesn’t have the vision to give fashion the required importance, says #TroyCosta, who famously dressed Prime Minister #NarendraModi on one of his trips to the US. However, the designer feels Smriti Irani's appointment as Union Textiles Minister will bring changes to the lives of skilled labour in the country. 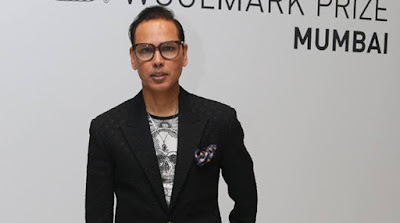 “India needs some help from the government with regards to creating bigger format of skilled labour, tailoring programme, pattern-making classes and schools.

"Like in every country, the government is very much involved in the industry of fashion, and sometimes fashion runs a city, for instance Paris and Milan. Unfortunately, the Indian government doesn't have the vision to give fashion that importance,” Costa told in a telephonic interview from Mumbai.
He said that to strengthen the country's offerings in the global fashion map, training skilled labour at every level is the need of the hour.

"They (government) need to build an all-India skilled programme,” he added.

Talking of Irani's appointment as Textiles Minister, Costa said: “I think it's a positive step and it's an amazing idea that the responsibility is given to a woman. I think she will be able to take out time and figure out things that are lacking in the industry.

"Textile Ministers in the form of men have done little or nothing. They can show numbers but I can't see what has been done."

Irani, who was earlier managing the Human Resource Development portfolio, took over from Santosh Gangwar when Modi reshuffled his Council of Ministers.

The designer, who has dressed the likes of Hrithik Roshan, Aamir Khan, Shahid Kapoor and Saif Ali Khan, among others, was one of the judges at the 2016/17 International Woolmark Prize India, Pakistan and Middle East regional final held in Mumbai.

Impressed with some of the works done by the young designers, he said: "I think the experience was fabulous. The talent was from various regions across Asia and each designer brings his own energy to products.
loading...
"Kudos to Woolmark for doing something like this on the world platform and for allowing Indian and Asian designers to compete wth designers in Europe."

However, Costa, who has eight years of experience in the industry, says that young designers want to achieve everything quickly without having to work hard.

“Technically, I feel that a rich person or rich student, who is stepping out of his BMW, doesn't know the taste of sweat. They are not going to give time to becoming pattern-makers.

"If they have to name ten designers, they are still naming the batch of 1988 like Rohit Bal, Tarun Tahiliani, JJ Valaya and a few others. What happened to designers after that?

“Every year, we have more than 100,000 designers graduating from the best colleges in the world but we don't have talent because they are too much in a hurry to become designers.

"You cannot become a designer before you are 35 or 37 years of age. I keep telling people that become an assistant for 10 years before you can think of designing,” he said.