Fashion designer #RituBeri, who has been roped in to design a new uniform for #IndianRailways' staff, says she feels honoured to do her bit in helping to uplift the image of the institution. 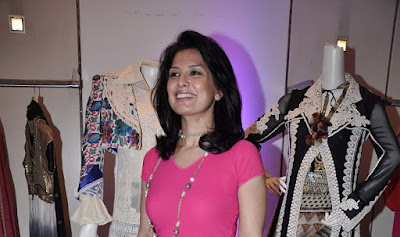 "I believe that the uniform of an institution creates the necessary image that is desired to uplift its perception and impact, so I offered to do my bit by creating a new look for the staff of the Indian Railways," Beri told in an e-mail interaction.

"I am honoured to contribute in my own way to help create an image for the Indian Railways. I will not be charging for my services," added the celebrated designer, who was among the first few Indian designers to showcase at the Paris Fashion Week.
Talking about the designs for the uniform, Beri, who is popular for her clean cuts and sharp tailoring of western silhouettes, says the work is in progress.

"The work on the uniform designs is in progress. I shall share details once everything is finalised. For now, we have made the first presentation. We have worked very hard for two months and researched on various possibilities," she said.

The designer will be working with Khadi and the "idea is to create uniforms that are attractive, impactful and comfortable all at the same time".

Talking about the cuts and silhouettes she plans to use, Beri said: "The uniforms will be Indo-western in cut and silhouette, with comfort being the most important factor. We have presented many options of themes, inspirations, colour palettes and silhouettes- which are attractive and eye catching."

But she wishes to have a traditional touch.

"I wish to retain our traditional look but give it a modern twist in keeping with the time of today. Comfort of the uniforms is also key," said Beri, adding that "the look of the uniforms will be an ode to India and the country's exoticism."

The designer shared that the focus is to "reflect modern India" while respecting the "deep-rooted tradition and culture thus reflecting the glory of India."

Beri has even proposed to Prime Minister Narendra Modi that a nationwide poll should be held to decide the suitable look for the Indian Railways staff members.

A fan of Modi as well as of Railways Minister Suresh Prabhu, Beri said she was "hugely impressed when the Indian government released the rail budget this year".

"It demonstrated that the Modi government was taking steps in the right direction towards meeting its goal of revitalising India's economy and reflecting long-term strategies gearing towards securing the future growth of India's railways," she said.

Beri, who has styled celebrities like Nicole Kidman, Katrina Kaif, Akshay Kumar and Rani Mukerji, says she was impressed "to see that technological modernisation was another important goal of the new rail budget, with the particular aim of improving speed".