InstaMag
Actors Imran Khan, Kalki Koechlin, who were present at a screening of the short film "The Virgins", lavished praise on the film. 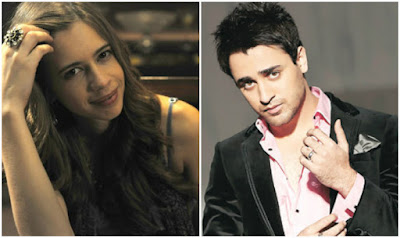 "The film was very enjoyable. It is actually on a very interesting subject. it is on a very relevant and a topical thing. The ones who have got married and the ones who have thought of getting married, I think that they will relate a lot to this film," Imran said.

"The Virgins" stars Akshay Oberoi, Pia Bajpai and Divyendu Sharma and the story is about the issue of virginity, where a virgin man is curious to know about the virginity of his would-be wife, who has a boyfriend and is not a virgin. The 19-minute film released on digital platforms on Thursday.
Imran also praised Akshay, Divyendu and the director Sandeep A. Varma, "Akshay is a very good friend of mine and who I know since childhood. And there is Divyendu Sharma, who has done a very good job, very easy, funny and effortless work, I really enjoyed his work.

I know Sandeep since a long time, we've always shared a very good equation and I had seen his previous film 'Manjunath' which was a serious, hard-hitting, issue-based film. This is very different from that, this is a lighter, funnier, relationship-based film."

Will the concept of virginity pose problems for the film? "I absolutely don't agree with the word vulgarity. I watch films and I watch art and I feel that work whether good or bad, vulgarity is a matter of opinion," he added.

Actress Kalki Koechlin said, "I think it is a very interesting concept, the idea of 'The Virgins', people who are concerned about being a virgin or not being a virgin before marriage, we don't see that often explored in cinemas, so it's nice.

It just talks about a subject that we don't really address, I think in today's day and age we should address the subject of sex and it shouldn't be taboo and the film really breaks all the taboos."

Filmmaker Sudhir Mishra, singer Neha Bhasin were also present at the screening to lend their support to the film.