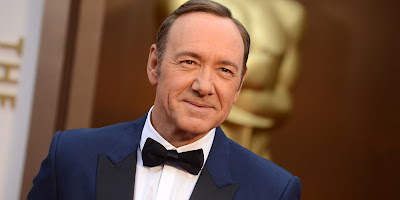 Spacey, who famously portrays #FrankUnderwood in the political drama series #HouseofCards, will be seen in live action comedy #Nine Lives.

Talking about the film, Spacey said in a statement: “For me, this is a great opportunity because I love doing comedy".

“People often think of me in a darker, more evil kind of part. But it’s a great joy for me to be able to come to work every day and do something that’s really funny, really fast and very clever," he added.
Directed by Barry Sonnenfeld, the film also stars Jennifer Garner, Robbie Amell and Malina Weissman.

The story follows a ruthless business tycoon Tom Brand (played by Spacey) whose workaholic lifestyle leaves him disconnected from his family.

"Nine Lives" will be released in India on August 5 by PVR Pictures.