'The Legend...' is Patna-Bihar rom-com: Arshad 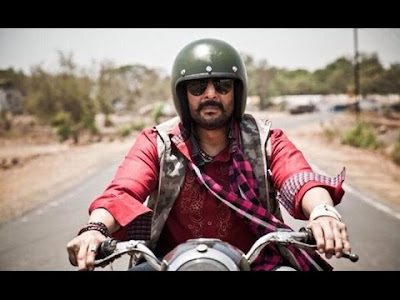 Actor #ArshadWarsi, who will essay a Bihari in #TheLegendofMichaelMishra, says the film is a complete Patna-Bihar romance-comedy.

"I loved the script of this film. This film is a love story. It's our Indian 'desi' rom-com. It's full Patna-Bihar rom-com. It's a very unusual film... a different world has been re-created. It's a world of Michael Mishra. It's a kind of fantasy world," Arshad told.

How was it playing a Bihari in the film?

He said: "I am the coolest Bihari ever because I have my own take. I kind of observe people and pick and make my own little world. I try to take that accent... it was very interesting to be part of this film."

He plays a Patna-based gangster Michael who falls in love with Varsha (Aditi Rao Hydari). Varsha wants Michael to change his lifestyle and thus, he decides to live a clean life which is not easy as his past keeps haunting him.