Why do Russians rarely smile? This tourist handbook for Indians has the answers

InstaMag
Why do #Russians rarely smile or why lighting agarbattis (incense sticks) is not welcome in hotel rooms in #Moscow or #St.Petersburg? 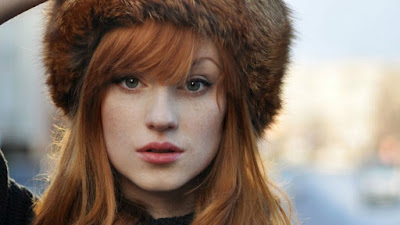 Keen on upping tourists footfalls to Russia, a specially published do's and dont's handbook has attempted to decode such socio-cultural mysteries for Indians travelling to Russia.

"Smiling to strangers is not a part of Russian culture. Russians are polite and professional, and they do smile wholeheartedly after they come to know you -- which often takes time," says the booklet which was released last week by the Mumbai-based Russian Information Centre, based on the inputs of the Consulate General of Russian Federation.
"Please do not light up your favourite agarbatti in the hotel room. This is an absolute no-no because of the other International tourists who complain about the fragrances or have allergies to strong fragrances. Do pray, but hold the agarbatti for a few days," the handbook says.

The Centre's head Ekaterina Belyakova said that the list of do's and don'ts were evolved, based on cultural misunderstandings which were logged with the organisation over the last couple of years.

"We've tried to address these in this handbook. We felt warning people about some cultural traditions, social norms and customs, sentiments, even tastes, especially when it comes to food, is very important," Belyakova said.

The handbook also delves deep into the Russian psyche, while it accounts for why Russians overtly dig in their heels and defend beliefs related to Russian history and culture.

"Revolution and two world wars, dramatic political changes of the past century have a clear bearing on every Russian's mind. Hence, Russian people think very deep while they generally look forward to a secure and prosperous future. For the same reasons, Russians can be protective about their culture, language and the country -- sometimes to the point of fiercely defending their beliefs," the advisory says.

Food habits account for a biggish chunk of the handbook. While Russians and Indians love their 'chai' (Russians like it without milk, it says), the handbook advises Indian tourists to keep their spices handy and fret less about availability of Indian food in major Russian cities like Moscow and St. Petersburg.

"Russian food contains almost no tropical spices and is generally prepared with less salt... If you are an Indian spice lover, do carry the needful quantity of Indian pepper or garam masala or whatever that fancies your taste buds. These spices are not easily available (and) can be very costly," it says.

"Many dishes like borsch are quite like Indian soups and can be had with or without meat; other dishes common are cutlets, puffs... Cities like Moscow and St. Petersburg have adequate number of good quality, pure Indian restaurants, with vegetarian food being normally served," the handbook further advises.

The advisory also draws parallels between Russia and other Western European countries vis-a-vis the culture of tipping and pricing of water, which is often more expensive than beer.

"Drinking water is not free anywhere, like in other parts of Europe. You will have to buy small quantities which is expensive or stock up five-litre cans available in product shops or hyper markets," it says, adding that while Russia has a liberal drinking regime, boozing on the country's streets is banned.

The do's and don'ts exercise also advises on how best to deal with Russian immigration officials, most of whom are not well versed in English, a handicap which sometimes leads to unsavoury episodes at immigration check-points.

"They may ask you to wait by using sign language. There is no reason for panicking or having an ego about it... Please do not raise your voice or argue unduly or take any pictures as they are strictly prohibited," the advisory states.

"Russia has a lot to offer for Indian tourists, and it is not only beautiful nature or cultural heritage, but the warmth of Russian 'chai' and Russian people too".