InstaMag
Director-producer #ShoojitSircar says #AmitabhBachchan, who is playing a lawyer in the forthcoming thriller #Pink, is an intelligent actor. 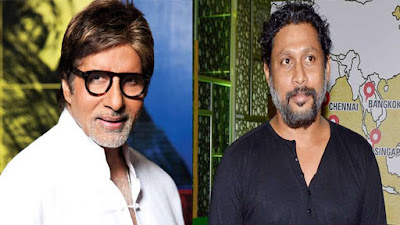 At an exclusive interview, Shoojit said, "We were thinking about whom to cast in this lawyer role. Whether to take a young actor or middle-age or any senior actor. Meanwhile, Piku was about to complete. So we were discussing why not cast Amitabh Bachchan in this role."

"I messaged him about the film and told him that I want to cast him in this lawyer's role and said I think he should be part of it. Amitabh Bachchan is an intelligent actor. He just heard five minutes of the narration and said let's shoot," he said.

Talking about the script the "Vicky Donor" helmer said, "Ritiesh (Shah) is the spine of the script. The casting of the girls was not hard but to define the characters was difficult. How to conceive the characters and how a working girl in Delhi faces different situations, how a lawyer argues in session court, all these things had to be created. I would give all credits to the writer."
About the other cast, Shoojit said, "Tapsee (Pannu) was our immediate choice for the role. Next, for Andrea, we thought a North East actress for a working girl's role would be preferable. And for Kirti, we knew her before."

Asked what inspired him to make Pink, "The idea came from Aniruddha (Roy Chowdhury). He wanted to make a Bengali film. We thought the subject is quite relevant in today's time. Then the major decision we took was to make a Hindi film because it's more of a national issue," the producer said.

The "Madras cafe" director stated the reason to take the national capital as the backdrop, "Pink is hard-hitting. Therefore, when one line was narrated to us, we thought this is a very apt film to be set in Delhi. My most films are based on this city and as I have stayed in Delhi, I know the place and the people well."

"Pink is an important film for our generation and we think it is the time to initiate a debate on this," Shoojit added.